The structure of the bridge cranes

The structure of the bridge cranes 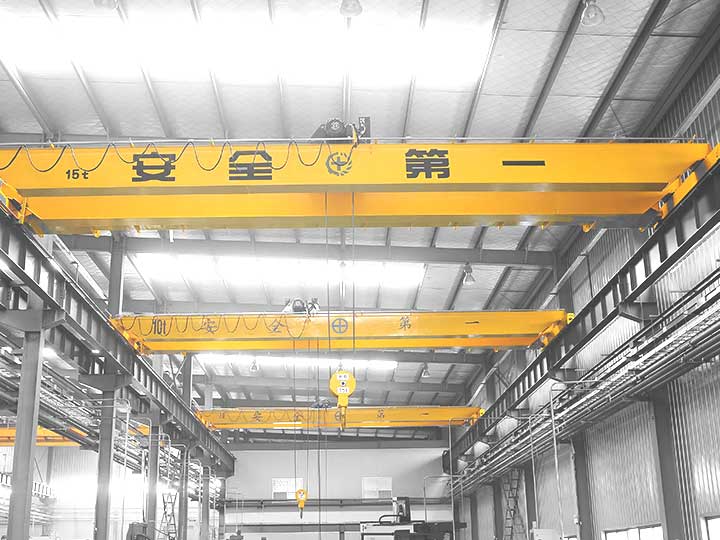 Bridge cranes are hoisting equipment installed horizontally above workshops, warehouses, and stockyards to lift materials. Because its ends rest on tall concrete columns or metal supports, it is shaped like a bridge. The bridge crane bridge runs longitudinally along the rails laid on both sides of the viaduct, which can make full use of the space under the bridge to lift materials without being hindered by ground equipment. It is the most widely used and the most numerous hoisting machinery.

The composition of the bridge cranes.

Bridge cranes are generally composed of mechanical, electrical, and metal structures. The bridge crane is a single-span slab, supported on two parallel elevated cane rails at both ends, and moves horizontally.

There are several driving modes for the operating mechanism of the bridge crane, which we have introduced before, including split drive, multi-drive, and three-in-one drive.

3. Electrical part: It consists of electrical equipment and circuits.

1. Bridge: It consists of two main girders, two end girders, platforms, guardrails, and other parts. There are two structures box type and truss.

2. Cart running mechanism: It is composed of a motor, brake, reducer, coupling, transmission shaft angular bearing box, wheels, and so on.

3. Lifting trolley: It consists of a trolley frame, a lifting structure, and a trolley running mechanism.

5. Driver’s cab: the place where the crane operator works. Equipped with control equipment (linkage table or cam controller), power distribution protection box, signaling device, and lighting equipment. The crane cannot be started until the hatch is closed. This way, personal accidents can be avoided when someone is working or driving before entering the cab